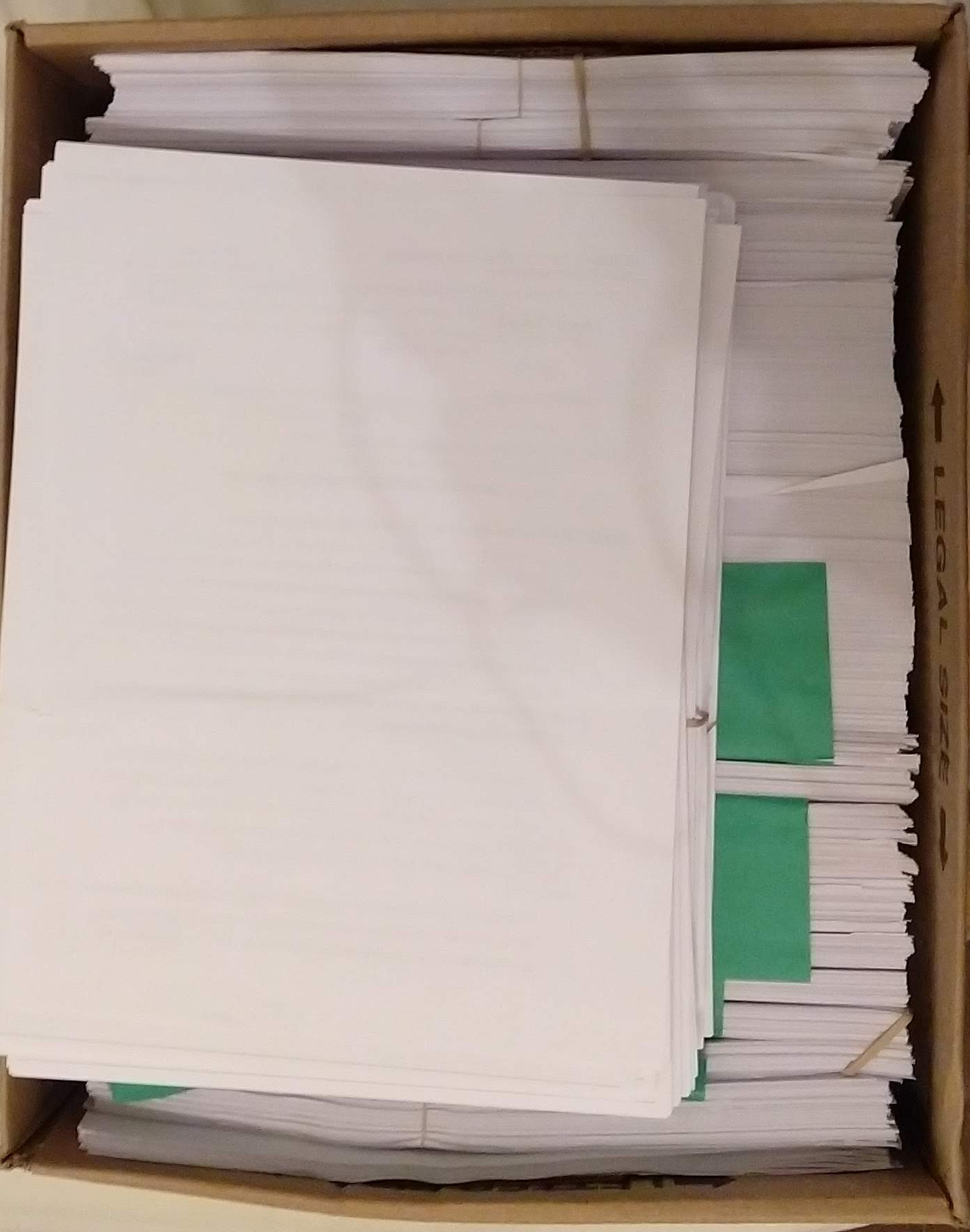 And a few weeks later, all my filings were returned back to me in the mail; After having been rejected for filing. This meant that my appeals were not reflected on the record; as if they were never sent.

It’s a good thing the sticky note is dated, otherwise a clerk might think that the hold has expired and filed my papers…

It’s my suspicion that someone had directed that the filings were to be “held” from being entered; Whereas they otherwise would have been filed as part of a case; as any representation(s) mailed to a court naturally would have been (this is because that’s how that works).

And then there was this.

Regardless, the fact that the other parties hadn’t agreed to the stipulated record on appeal doesn’t mean that my case, which I’m making for the court, can be prevented from being entered into the record. You can’t refuse someone the ability to make their case, you can only rule against them. The court should have responded with:

“When the parties or their attorneys are unable to

agree and stipulate to the contents of the complete

record on appeal, the contents of the record must be

settled by the court from which the appeal is taken. It

shall be the obligation of the appellant to make the

application to settle the record.”,

… and cited 22 NYCRR 1000.4 [a][1][ii]; and oh yeah then obviously filed my papers into my appeal because otherwise what is the function of the court…? (In other words, if courts don’t hear cases… What do they do?)

It seems apparently, that even without standby council, if the court wishes the merits of your contentions to go ignored, they can simply refuse to file your case; and there isn’t anything that you can do about it…